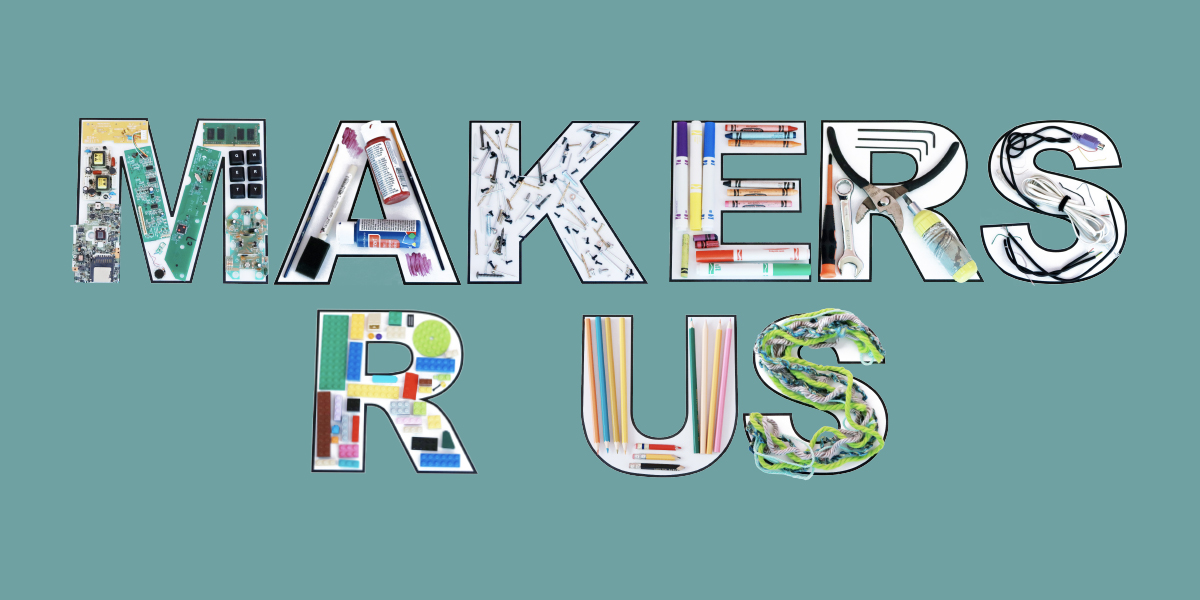 Utah’s libraries and schools are investing in 21st-century technology to attract a new generation of problem solvers.

The rural Beaver County library (in a town with a population of 1,000) offers the new printer, along with virtual reality equipment, a LEGO station, craft supplies, an Xbox system and an escape room board game. Terry says she’s not really sure if the title of maker space fits, though.

“I call it the Minersville Mad House, honestly.”

When Terry took over the part-time library job in 2018, she worried that youth just weren’t drawn to the small town’s library. So she started applying for state library grants to expand the facility’s offerings beyond its annual $1,200 book-buying budget.

Now the library, which is open six hours a day, attracts at least 25 kids, ranging in age from 4 to 13. Students who sign up to read for at least 15 minutes can earn 30 minutes of VR time.

One student who had never left his home state visited an ocean beach and made mud pies via virtual reality, Terry says. Others visit museums to view classic paintings. At a senior citizens outreach session, the librarian helped elders ride horses and visit Moab without leaving their hometown. “Little things like that are mind-blowing,” she says.

In Fillmore, 70 miles north, the library’s new S.T.E.A.M. room — launched early last year — has become a popular draw, thanks to electronics equipment such as robotics and snap circuits, in addition to low-tech equipment such as a chalkboard wall and arts and crafts supplies. “The 3-D printer ran nonstop day and night the whole summer,” says librarian Stephanie Aleman. “One mom came in and said ‘You made our summer bearable.’”

Maker spaces can bring generations together, and teaching can be a two-way street.  “We’re excited that we’re seeing these pop up in rural communities, either in their schools or their libraries,” Purdin says.

In addition to general library grant programs, a new initiative of the state library aims to help smaller facilities, serving populations of less than 20,000, purchase augmented and virtual reality equipment. The emerging technology grant program awarded $50,000 over two years to 18 public schools and libraries, including the Minersville Library, according to Rachel Cook, grants coordinator and library consultant.

Separately, for the past three years, the STEM Action Center has distributed grants of $1.25 million in a program inviting schools to pair with industry partners in building community-customized spaces.

Purdin says there’s no set formula for building these creative spaces, some of which are in repurposed space in city or county facilities, others in schools. Many are established in partnership with businesses or local universities. Some pair new technology with more familiar tools, such as LEGO centers, sewing machines and craft equipment. Other innovation-focused centers are stocked with robotics and computer-building equipment.

The STEM Action Center is in its own research phase, as the agency focused on improving Utah’s science education programs is designing a 2,000-square-foot maker space in its new South Salt Lake City offices, scheduled for completion in June.

“One of our goals is to be connected with maker spaces throughout the state,” says David Wicai, marketing and communications manager. “We’re asking: ‘How can we have a better space? How do we work with libraries? How do we work with museums?’ We’re thinking about what are the key STEM-related assets that identify a community as a vibrant community.’”

To find out more about resources and support offered by the Utah State Library Division, visit: bit.ly/MUSElibrarytechnology

To find out more about the educational resources offered by the STEM Action Center, visit:  bit.ly/MUSEmakerspace

A TALE OF TWO LIBRARY SYSTEMS

A new wing is being designed to house a maker space for the Washington City library, says Joel Turner, Washington County library director. That space will include audio-visual equipment to record podcasts and a green screen to film movies.

The county has been building creative spaces over the past four years through a partnership with the Utah State University Extension. “We built a big maker space in our main branch, and wanted to do something in all of the branches, but the main problem is space,” Turner says.

So the county went modular, equipping carts with 3-D printers and VR equipment in its four smallest branches. Each is customized: The Hurricane branch has an arts-and-crafts focus with a variety of sewing machines, while the Santa Clara branch specializes in scrapbooking equipment. In contrast, the St. George Library has more industrial machines, including a laser cutter.

The county has even hired a full-time maker space administrator, Joe Larson, who calls himself the 3-D Professor in his instructional YouTube videos.

The Salt Lake Public Library system opened a Creative Lab with several 3-D printers in 2015, and through the years has expanded to offer sewing machines and photo and recording equipment. The WhisperRoom Sound Booth is particularly popular. “Audio engineers and enthusiasts flocked to that,” says librarian Alan Ly.

Maker spaces were designed as part of the new Marmalade and Glendale branches, and will be added as part of the renovation of the Sprague branch. “The philosophy I take when adopting new technologies is if there’s a barrier of access [to users], we should provide access,” says Ly, a librarian who focuses on technology.

In addition, the theme of last summer’s reading program, A Universe of Stories, included events spotlighting virtual reality equipment, available in kits that library users throughout the city can reserve. “It seemed like every age group went to those types of programs — children, teens, adults, even seniors,” Ly says. “Seniors, I think they’re more curious than anybody.”

Ly praises the ingenuity of one patron, who at Christmas used the library’s new laser cutter to cut out a dollhouse of balsa wood, and then took home the pieces for assembly.