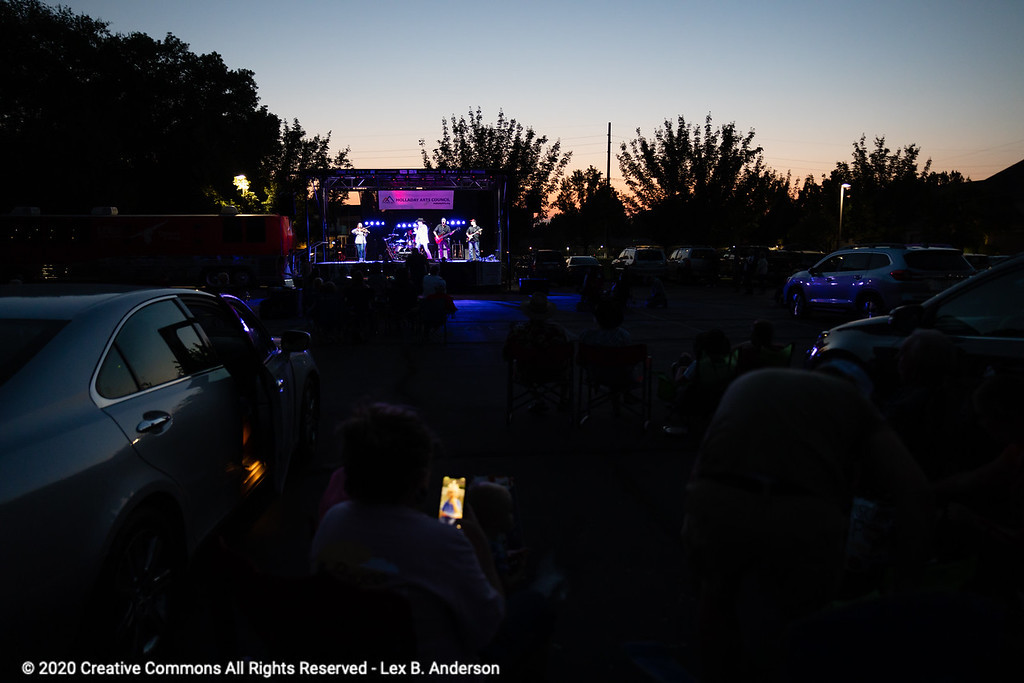 By the third reiteration — or was it the fourth? or fifth? — of a summer concert series in the COVID-19 era, the Holladay Arts Council decided to keep plans as simple, and as safe, as possible.

Since Holladay City Hall isn’t equipped with a theater sound system, the arts council sought a suitably -sized parking lot, which was harder to find than it sounded. Eventually, a local Latter-Day Saint church lot was secured, where they could build a portable stage.

Concertgoers reserved staggered parking spaces online with the crown capped at 100. Demand was high in a season when most summer events were canceled. In addition, the concerts were live-streamed so more people could enjoy the music in their air-conditioned living rooms.

All the plans and the revising of plans have caused the arts council to refocus on its mission of bringing together the community through art. And like its cultural colleagues across the state, Gillian says the council is embracing the challenge of creative solving.