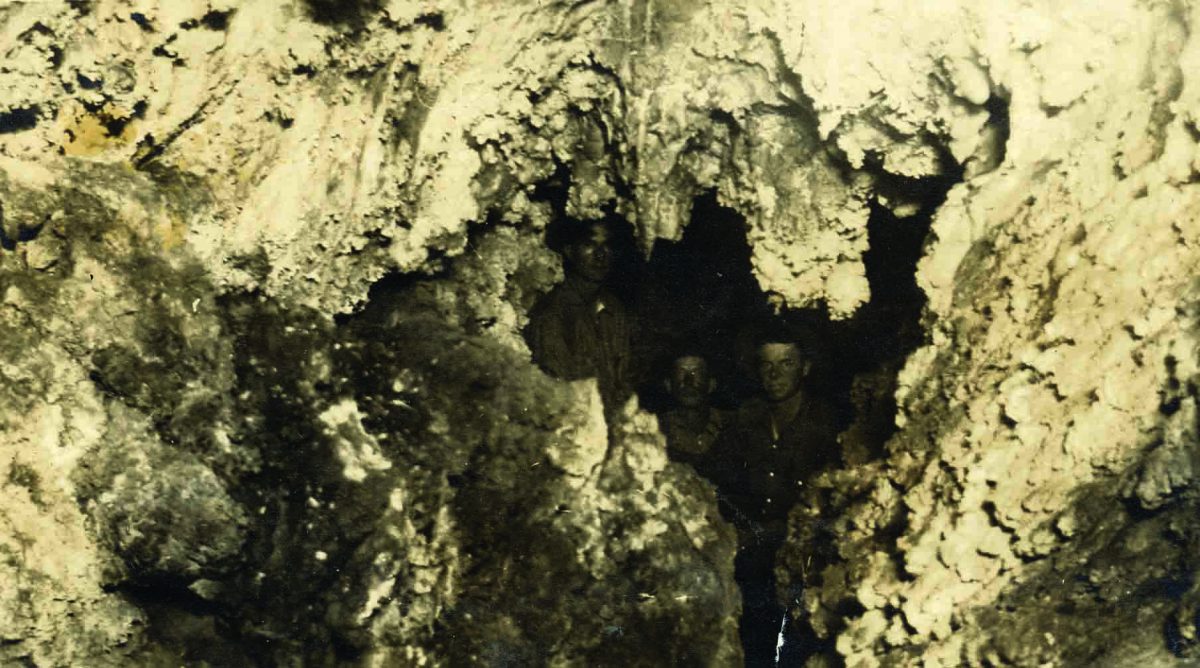 Date: September 8, 2022 (Season 5, Episode 2: 58 minutes long). Click here to see the BuzzSprout webpage for this episode. Caption for the above photograph: early explorers peering out from within a cave formation in American Fork Canyon’s Timpanogos Cave. Courtesy of the Timpanogos Cave National Monument (NPS). Are you interested in other episodes of Speak Your Piece? Click here.

Next month on October 14, 2022 Utah’s Timpanogos Cave–which actually includes three linked caves-–will celebrate its 100th anniversary as a protected national monument. It was in 1922 that US President Warren G. Harding signed Proclamation No. 15040, under the authority of the American Antiquities Act of 1906, to protect the caves for their “unusual scientific interest and importance.” Before the monument closes this season on October 16 (trail to close Oct. 30th and everything reopens in May 2023), we urge you to visit Timp Cave, and join in monument’s centennial celebrations.

McKinney started to work at the caves in 1997, and has loved digging into its history ever since. This episode includes the caves’ natural history, its human history–within and surrounding the caves–and finally its speleology. Ranger McKinney wants all of us to learn this word, which is a composite science, involving a cave’s geology, hydrology, biology, cave morphology and its changing microclimate.

Speleology is also all about the stalagmites, helictites, speleothems and anthodites – all the stunning formations created by millions of years of permeating water and minerals. Recently the Monument has offered different kinds of tours including lantern tours (with the artificial lights turned off) early each morning. To learn more, look for “Centennial Lantern Tours” on the main page.

Bio: Ranger Cami McKinney, is the Program Manager for Resource Stewardship and Interpretation at Timpanogos Cave National Monument. She had been a National Park Service ranger for 25 years. During this journey she also received her Masters Degree in Natural Resources at Utah State University (Logan, Utah). McKinney began working at Timpanogos Cave National Monument in 1997, and has loved digging into the history of the cave and its canyon ever since. She is the author of Heart of the Mountain, a history of Timpanogos Cave.

Topics Discussed in this Engaging SYP Episode Include: