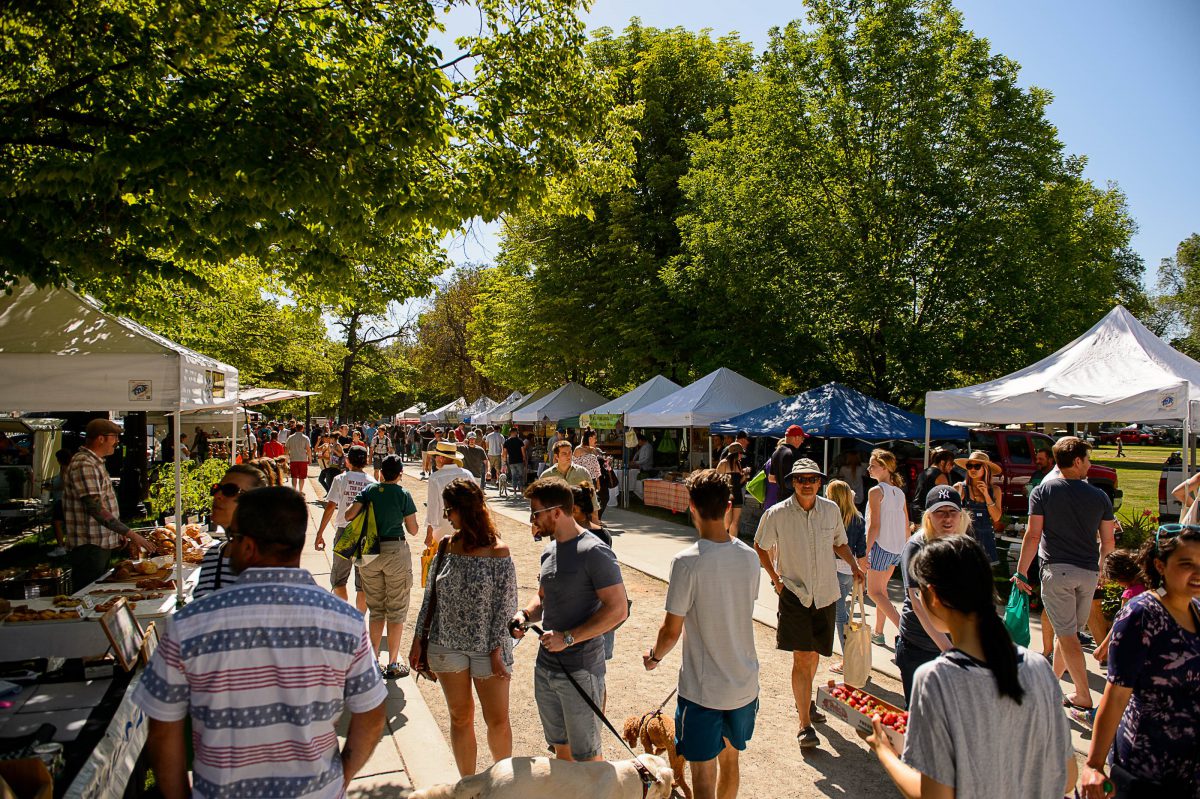 Since the mid-1990s, the Pioneer Park neighborhood has gradually redefined its identity from that of an industrial, transient and impoverished area, to a more permanent and economically stable area. Like all change, the neighborhood has both gained and lost much in this process.

Change is a constant in the Pioneer Park neighborhood. In the last generation the west side has become less diverse than it once was. However, the city’s redevelopment agency has helped attract new businesses to the area, including new commercial and residential complexes, restaurants, design firms, and several corporate offices. Over the last twenty years, several profit and not-for-profit corporations have purchased and renovated some of the west side’s most unique historic buildings. Salt Lake City has also seen increased demand for housing, resulting in the rise of new apartment buildings that dot the urban landscape.

New business and changing societal norms have contributed to the transformation of the Pioneer Park neighborhood. The country’s so-called third and fourth technological revolutions, occurring between 1970 to 2010, pushed out or transformed heavy industry, railroad service, manufacturing and warehouses. The closing or the relocation of these businesses resulted in a decline in what is usually referred to as “blue-collar” jobs. Large urban renewal projects like the Salt Palace, the Triad, the Vivint Arena and the Gateway Mall cleared many of the city blocks that once housed the city’s immigrant populations. The west side’s homeless population, which has long since existed in the neighborhood, has grown considerably. In the recent past, many businesses and residential developments chose to delay their projects because of the once expanding population.

While some saw the neighborhood as a place to grow their business, city leaders imagined the area also as a place for bringing people together. In 1992, the Salt Lake City Downtown Alliance started a weekly Farmers’ Market that continues to attract thousands of visitors each year to Pioneer Park. From 2001 to 2002, the Gateway Mall and accompanying apartments replaced most of the Union Pacific’s rail yards. During the 2002 Salt Lake Winter Olympics, the Gateway became the site of the awards ceremonies. All of these activities once drew and continue to bring people into Salt Lake’s west side.

The west side remains a transportation center. The Utah Transit Authority’s (UTA) Intermodal Hub was built one block south of the Gateway, and one block west of the Rio Grande Railroad Depot. Pulling further away from downtown, and ignoring two grand railway stations, the new open intermodal hub was completed just in time for the 2002 Winter Olympic crowds. UTA joined Greyhound Bus and UP’s California Zephyr service with its new interurban Frontrunner and its light rail system, Trax. UTA’s physical footprint is nothing like the pre-1950s railroad network; however its Frontrunner line follows the same general right-of-way through the city marked-out in the 1870s and 1880s.

The neighborhood is also home to several government agencies dedicated to preserving Utah’s history and state owned art. The state, joined in one case by private enterprise, renovated the two historic depots for commercial businesses and government agencies. In 1980, the State of Utah acquired the Denver Rio Grande & Western Railroad Station for one dollar, and turned it into the home of the Utah Division of State History and Utah State Historical Society. Some ten years ago they were joined by the Department of Heritage and Arts (now Department of Cultural and Community Engagement), their parent agency, along with other state offices. The Utah State Archives built in the 1990s a new state-of-the-art center adjacent to the Denver & Rio Grande Depot, making it a “one-stop-shop” for people interested in Utah’s history and its state owned art collection.

The Union Pacific Depot on South Temple was initially repurposed as exhibition space and offices for the Utah Arts Council, now known as the State Division of Arts & Museums. In 2001, the Gateway development enveloped the depot and was turned over for private development. The Gateway hosts, at least initially, scores of retail stores, a movie theater, apartments, offices, a children’s museum and a planetarium, making it one of city’s largest commercial and public attractions.

The west side is also a popular place for artists. Artspace, a non-profit corporation, offers artists affordable apartments and studios. Examples include the 1980 renovated Eccles Browning Warehouses located on Pierpont Avenue, the Artspace Rubber Company, formerly the California Tire & Rubber Company Warehouse, located at 353 West and 200 South, and the Western Macaroni Manufacturing Building found at 244 South and 500 West. Since its establishment, Artspace has found ways to preserve and adapt west side built environments for spaces useful for Salt Lake’s growing population of creators.

The country’s so-called third and fourth technological revolutions, occuring between 1970 to 2010, pushed out or transformed railroad services, tracks, heavy industry, manufacturing and warehouses.

The post-industrial west side has been for decades an attractive location for retrofitting industrial architecture. Several factors contribute to this, including relatively inexpensive real estate, followed by the neighborhood’s proximity to downtown. Some noteworthy renovations include the Twirl Town Toys Building, The Dakota Lofts and Broadway Lofts, which were previously warehouses or factories. These renovations demonstrate economic adaptation while maintaining the historical appearances.

Merging old and new forms of transportation, the west side is perhaps Salt Lake City’s most transportation rich neighborhood. Both Interstate 15 and 80 are connected directly (remember the original railroad “gateways” which were followed by the freeways?), making it easy to come and go by automobile. The neighborhood also includes Frontrunner and Trax, the Union Pacific trains, the Greyhound and various UTA bus routes. People often cruise through the neighborhood on bikes (with miles of bike lanes), skateboards, scooters, and by foot. What was once replete with industrial obstacles: unpaved roads, rails, trains and locomotives, wagons and trucks and open canals, during the nineteenth and twentieth centuries, is now the quickest place to come and go, live, work, and be entertained in the city.

The west side remains an entertainment destination. Bars and taverns for many different nationalities or interests, once provided drinks for visitors and dwellers alike. Night clubs, restaurants, and safe entertainment venues now intersect much of the neighborhood. The west side has had for most of its history a dark side; which in some respects continues today. Substance abuse and illegal substances continues openly among both the homeless and suburban buyers looking for service in the neighborhood. In all, the west side has undergone dozens of identities and adaptations over time.

A major challenge over the last half century has been the growth of the homeless population, who have found the historic Pioneer Park and its neighborhood one of the few places where they can find a modicum of acceptance. The homeless community’s deep connection to the neighborhood is by no means a recent development. The predecessors of today’s homeless and transient services were the religious, civic, and community groups who established church missions, after-school classes, recreation activities, daycare, and social services for new and poor immigrants for nearly 150 years.

In our next Salt Lake West Side Stories post, we’ll speak to recent community developments, and offer some recent stories about the neighborhood.

Would you like to read the next post? Current Challenges and Developments in a Post-Industrial Neighborhood: Part Two (This is under construction, as the recent past is proving much more difficult to encapulate, stay tuned.)

Contributors: A special thanks to the members of the Pioneer Park Coalition History Committee and to Jill Remington Love and Rick Graham for contributing to the contents of this post. A profound gratitude to Lisa Nelson and the narrators at the Utah State Library’s Reading for the Blind Program for creating the audio for this post.

Rick Graham, Interview with Brad Westwood, August 26, 2019. Notes in possession of the interviewer.